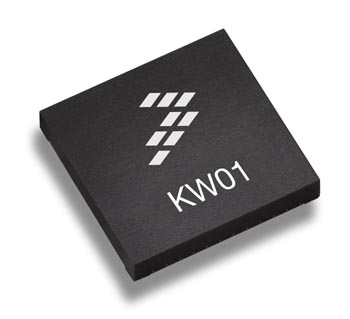 The Kinetis KW01 MCU is based on an ARM CortexTM-M0+ processor running up to 48 MHz with 128 KB flash memory and 16 KB SRAM capable of consuming as little as 40 uA/MHz in typical conditions. The system and peripherals are designed to achieve 1.7 uA device standby current with a fast wake up time of just 4.3 microseconds, and a device stop current less than 100 nA. These features help maximize battery life in portable systems.

The KW01 device may be used as a comprehensive modem running low-level wireless protocol layers while delegating the upper network protocol layers to run in an external host application processor. The KW01 can also operate without a host for simpler network protocols taking advantage of its on-chip peripherals, such as the 16-bit analog-to-digital converter to implement a single-chip solution for wireless sensor networking applications. 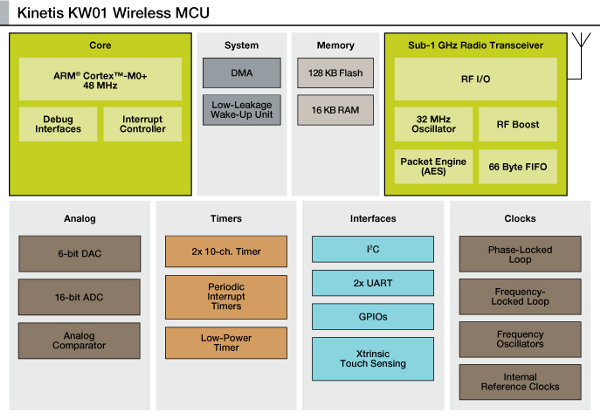