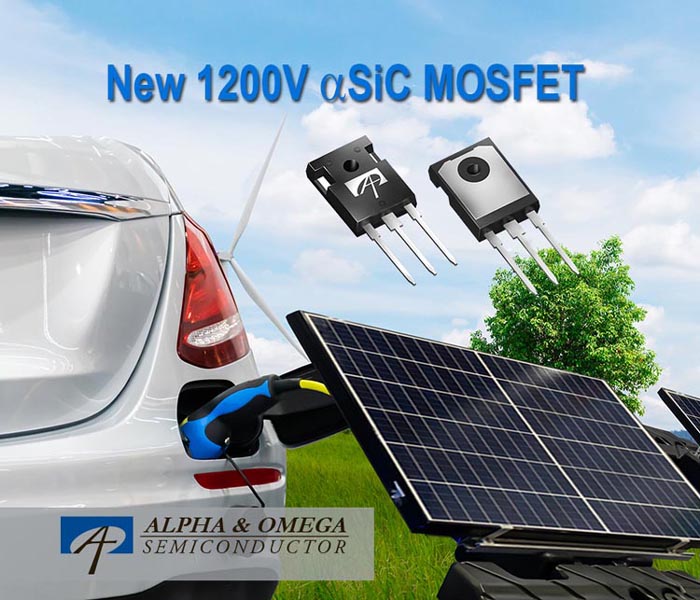 Optimized for minimizing both AC and DC power losses through a low gate resistance (RG) design combined with the low increase in on-resistance (RDS,ON) over temperature, the αSiC technology can achieve the highest efficiencies across a wide range of application switching frequencies and temperatures. This higher efficiency can result in significantly reduced system costs and total bill-of-materials for the many industrial uses, including solar inverters, UPS systems, and EV inverter and charging systems.

The first product release for this new platform is the AOK065V120X2, a 1200 V 65 mΩ SiC MOSFET available in a TO-247-3L package. For ease of use, the AOK065V120X2 is designed to be driven with a –5 V/ +15 V gate drive, allowing the broadest compatibility with existing high voltage IGBT and SiC gate drivers. Operation with a unipolar drive is also possible with optimized system design. Additional benefits of the αSiC platform is a robust UIS capability, enhanced short circuit performance, and a high maximum operating temperature of 175 °C.

The αSiC MOSFET portfolio will expand later this year to include a broader range of on-resistance and additional package options with full AEC-Q101 qualification.