Toshiba Electronics Europe has strengthened its presence in the low-power microcontroller market through a greater breadth of product groups within its TXZ+™ family. 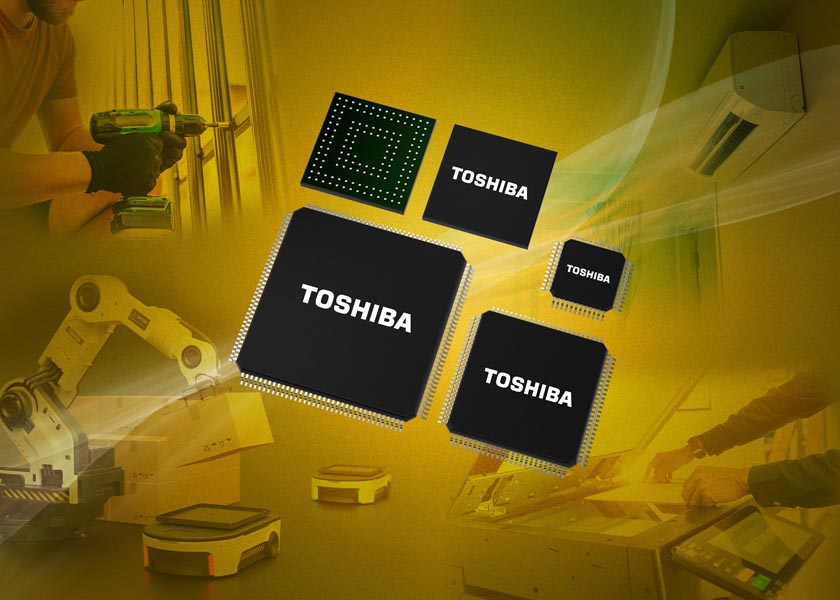 With a broad array of different flash memory capacity options (up to 2 MB, with 100k write cycle endurance), plus various package formats available, customers can benefit from the convenience of a scalable platform solution. This will allow them to address different requirements while reducing the associated engineering effort and maximising software re-use.

Each microcontroller features a multi-channel 12-bit analogue-to-digital converter (ADC). Among the different interfaces that may be specified are CAN, Ethernet and USB. Security mechanisms such as secure boot and access authentication, plus IEC 60730 Class B-compliant functional safety features are all included.

Devices in the new M3H group are based on the Arm® Cortex®-M3 processor core. Operating at up to 120 MHz (150 DMIPS), they are supplied in LQFP packages. They each feature 512 KB code flash, 32 KB data flash and 4 KB of separated user flash, complemented with a 12-bit ADC and two 8-bit digital-to-analogue converters (DACs). Other highlights include advanced programmable motor driver (A-PMD) functionality and built-in LCD driving capabilities.

Members of the M4K and M4M groups are based on an Arm Cortex-M4 processor core with floating point unit (FPU). Operating up to 160 MHz (203 DMIPS), they feature up to 256 KB code flash, 32 KB data flash and 4 KB of user flash. Each of these devices include Toshiba’s original motor control IP, which enables sensorless field oriented control (FOC) of up to three motors via a single microcontroller device. M4K and M4M devices are supplied in LQFP packages. The microcontrollers of the M4M group include an additional CAN controller enabling direct connectivity to the commonly used industrial field bus.

M4G and M4N group devices are optimized for complex data processing. The integrated Arm Cortex-M4 processor core with FPU operates at up to 200 MHz (254 DMIPS). The devices provide integrated code flash of up to 2 MB and a separated 32 KB data flash. Featuring A-PMD IP for motor control, they are housed in both LQFP and BGA type packages – thereby offering the best fit for both industrial and consumer applications. The M4N group devices additionally include a USB 2.0 Full-Speed OTG controller with integrated PHY (up to 2 ports), a 10/100 Ethernet MAC and a CAN controller.