As manufacturers seek to differentiate their products with new features that add value for customers, STMicroelectronics, a world leader in microcontrollers, is helping designers meet higher product-performance targets at ultra-competitive prices by introducing its STM32 Value High-Density microcontrollers. These new microcontrollers offer extra program memory and on-chip functions, extending the range of the STM32 Value Line family to include devices from 16 to 512 Kbytes of embedded Flash, providing a scalable alternative for cost-sensitive designs. 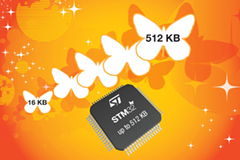 Microcontrollers are at the heart of today’s consumer products, such as domestic appliances, multimedia equipment and mobile devices. These products are constantly increasing in performance to cope with progressively larger and more complex software applications. ST’s STM32 ARM Cortex-M3 based microcontrollers have been among the first in the market to use an advanced 32-bit core to increase performance over proprietary 16-bit devices at a competitive price. The family now has over 140 pin- and software-compatible variants covering a wide price/performance spectrum and offering market-optimized options such as built-in USB support and access to the extensive STM32 ecosystem of development tools.

Among the new enhanced features of the family is an external memory interface, which can address numerous types of external code or data memory. The interface also supports a parallel interface mode for LCD screens with embedded controllers. This responds directly to the growing use of graphical LCD panels in products such as washing machines, audio/DVD players and RF remote controls. In addition, extra package options, with up to 112 I/O pins, help designers manage more intensive communications between the microcontroller and other system components, such as sensors, status indicators, wireless subsystems and USB ports. STM32 Value High Density devices also target professional applications, such as metering, motor control and user-interface control in industrial and medical equipment. 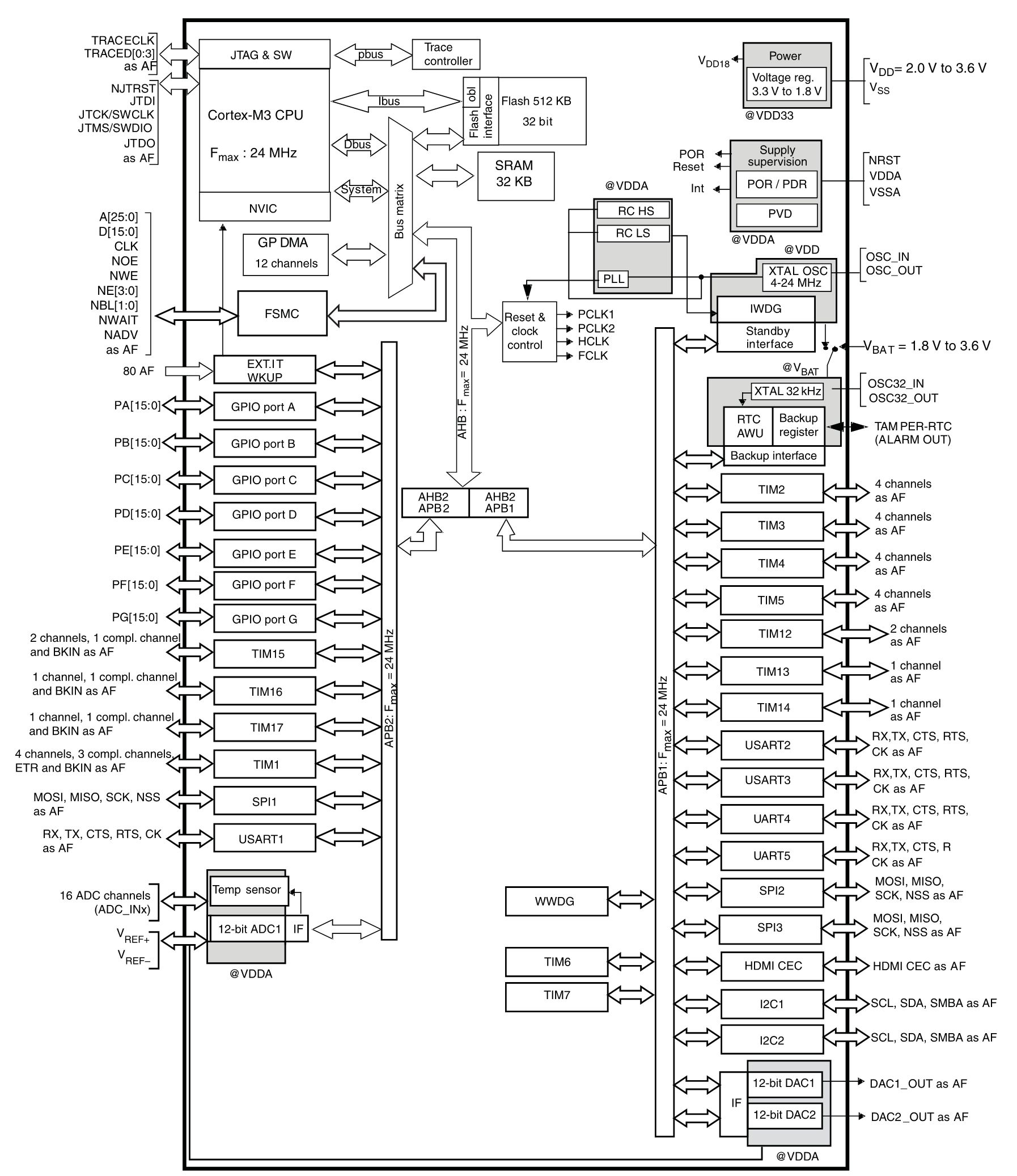