In addition the Atmel Power Debugger has two independent current sensing channels for measuring and optimizing the power consumption of a design.

The Power Debugger is a CMSIS-DAP compatible debugger which works with Atmel Studio 7.0 or later, or other frontend software capable of connecting to a generic CMSIS-DAP unit. 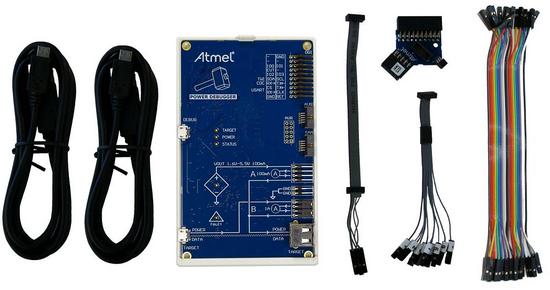