The MPLAB PICkit 4 is connected to the design engineer's computer using a high-speed 2.0 USB interface and can be connected to the target via an 8-pin Single In-Line (SIL) connector. The connector uses two device I/O pins and the reset line to implement in-circuit debugging and In-Circuit Serial Programming (ICSP). An additional micro SD card slot and the ability to be self-powered from the target means you can take your code with you and program on the go.

The MPLAB PICkit 4 programs faster than its predecessor and comes ready to support PIC and dsPIC MCU devices. Along with a wider target voltage, the PICkit 4 supports advanced interfaces such as 4-wire JTAG and Serial Wire Debug with streaming Data Gateway, while being backward compatible for demo boards, headers and target systems using 2-wire JTAG and ICSP. The PICkit 4 also has a unique programmer-to-go function with the addition of a micro SD card slot to hold project code and the ability to be powered by the target board.

Note: The PICKit 4 is compatible with MPLAB X IDE version 4.15 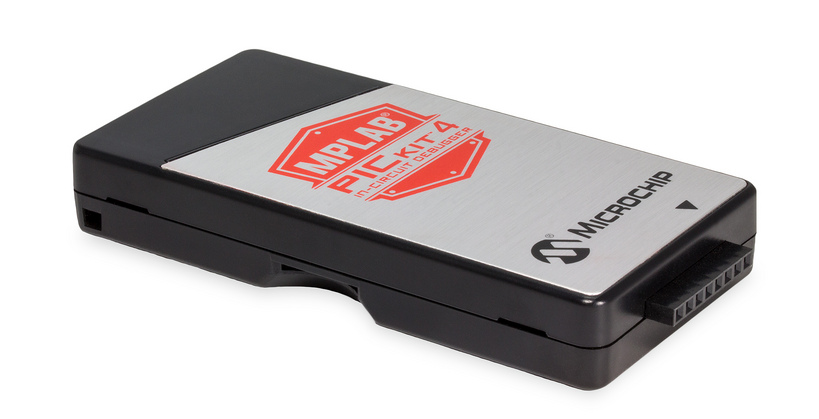