Thank you Albert Einstein for GPS

I’m a huge fan of Albert Einstein. As many physicists will agree his theories are the most pure expression of genius in the history of humankind. So as an engineer I’m excited that I get the opportunity to design products which use a technology dependent on two of his greatest theories. This is the case with the Global Positioning System (GPS).

GPS was developed by the US military at the height of the cold war in the 1960’s. It was primarily used by the Navy to allow ships to track their location while at sea. With this early version a vessel could only get an update on its location once per hour. Throughout the next few decades the U.S. continued to make improvements to the system with the launch of more satellites. In the 1980’s the Reagan administration made the decision to release GPS technology for civilian purposes. The decision was ignited in 1983 by the USSR shooting down a Korean Airlines passenger jet that accidently flew over Soviet territory while in route from Alaska to Korea.

The GPS system consists of 24 satellites in high orbit around the Earth. These satellites travel at about 9,000 miles per hour and orbit at an altitude of about 12,000 miles (for comparison the International Space Station orbits at around 250 miles). Each satellite carries an atomic clock with an accuracy of around 1 nanosecond. The satellites are distributed so that from any point on the Earth’s surface there is a line of sight to at least 4 satellites. A GPS receiver on the ground (or on an airplane in flight) receives timing and location data from these satellites on a 1.575 GHz radio carrier signal.

Without Albert Einstein’s universe altering theories of relativity there would be no GPS. Crazy ideas like time slowing down with velocity, or mass bending the curvature of a four dimensional fabric called space-time are critical for GPS to work. Instead of an accuracy measured in feet (or inches for the military) it would be measured in miles without Einstein’s theories being taken into account. Not exactly accurate enough for driving directions! In fact, within a very short amount of time the errors would accumulate to the point of making the entire system useless.

A GPS receiver is able to calculate the distance to each satellite by timing how long it takes for the radio waves, which travel at light speed, to arrive at the receiver. By knowing the exact distance and location (encoded in the signal) of three satellites the receiver’s microprocessor is able to trilaterate its location. Trilateration is a more complex form of triangulation that uses intersecting spheres to determine a location based on distances to three other points in 3-dimensional space. A fourth satellite is required as a redundant check and to provide timing corrections to the receiver which don’t have the luxury of a built in atomic clock. 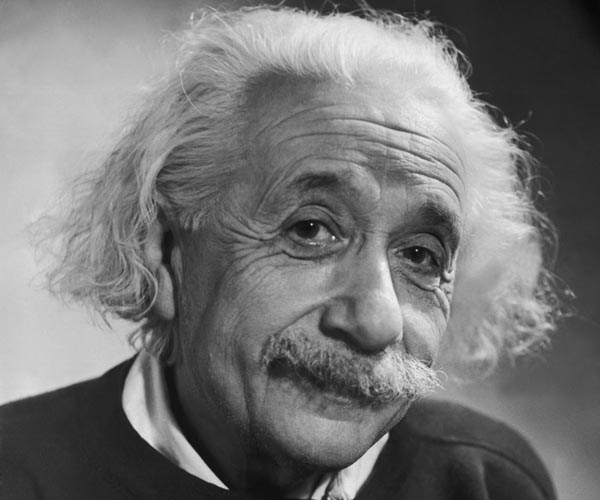 Measuring the travel time of radio waves traveling over such relatively short distances requires extreme precision. To achieve the necessary accuracy required by GPS the radio wave timing needs to be accurate to within a few nanoseconds. For this to happen you must invoke Einstein’s theories of Special and General relativity. Special relativity deals with objects moving at high speed, whereas general relativity is a theory of gravity.

Einstein published his theory of Special Relativity in 1905 and forever changed our fundamental understanding of the universe. In it he proved that, contrary to Newton and common sense, the speed of light is truly the universal constant not time or distance. His theory showed that as an object approaches the speed of light time slows down in relation to a “stationary” observer on Earth. I put quotes around stationary because nothing is really stationary and at this moment you are moving on a spinning Earth as it travels around the sun in a rotating galaxy in an expanding universe. 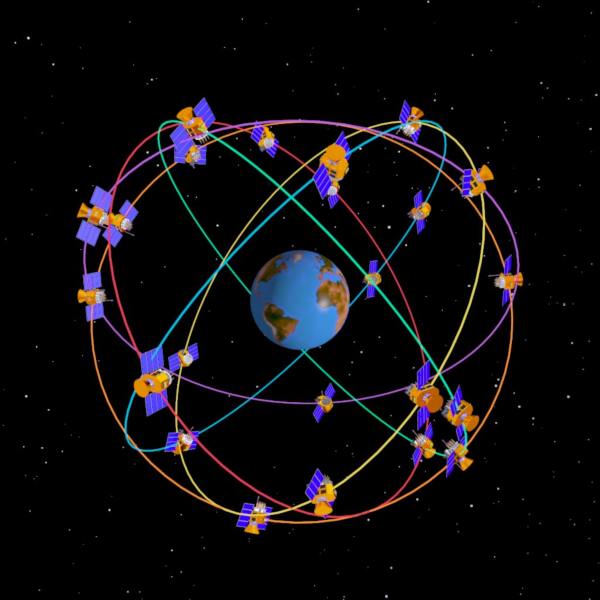 According to special relativity if your twin brother were to fly away in a spaceship at nearly the speed of light, his time slows down relative to your time. He may return after only what was an hour for him to find you are 50 years older. The time difference all depends on how close to the speed of light he travels. This effect is known as time dilation and is shown by the following Lorentz transformation equation:

The reason special relativity was called special is because it was a limited theory that was only for one special case – when acceleration equals zero. Einstein’s special relativity equations only worked in cases where an object was traveling at a constant speed in a straight line so as to have no acceleration.

Einstein eventually realized that acceleration and gravity are equivalent (called the Equivalence Principle). In 1915, after nearly a decade struggling with the math behind his new theory, he published his masterpiece the General Theory of Relativity. The math behind general relativity (known as tensor analysis) is many times more complex than that required for special relativity. After over 200 years of rule, Newton’s theory of gravity was overthrown by Einstein’s new theory on gravity.

Einstein’s general theory showed that gravity from mass warps the fabric of space-time. Like velocity in special relativity, he showed that gravity also causes time to slow down. In the case of GPS, the satellites in space experience slightly less gravity than the receiver on the ground. Because of this difference in gravity, time travels about 45,000 nanoseconds faster per day for the satellites compared to the ground based receiver.

Special relativity says that time slows down for the fast moving satellites, whereas general relativity predicts that time runs faster for the satellites since they experience less gravity. The effects combine to make time flow about 38,000 nanoseconds (45,000 – 7,000 nanoseconds) per day faster for the satellites relative to the receiver on Earth. The radio waves coming from the satellites travel about 1 foot per nanosecond. That means without relativistic effects included, the distance measurements to each satellite would be off by 38,000 feet (or about 7 miles) per day!

Whether providing directions to a restaurant, or allowing pilots to track their location anywhere in the world, or helping you find a lost pet, GPS impacts us all in so many ways. Just remember that were it not for a man over a hundred years ago with a burning curiosity to understand nature none of this would be possible. “I have no special talents. I am just passionately curious.” claimed Albert Einstein.