ArticlesMeasurement
Magnetic-Field Navigation as an …

Magnetic-Field Navigation as an «Alternative» GPS?

Using measurements of anomalies in the Earth’s magnetic field and machine learning to extract data from raw signals, then matching them to accurate magnetic-anomaly maps, it may possible to navigate aircraft with reasonable accuracy independent of GPS.

We take as a given that GPS is ubiquitous and available, but that’s a suspect assumption. The U.S.-based Global Positioning System as well as other embodiments of Global Navigation Satellite Systems (GNSS) are affected by dead zones, excessive noise, poor signal-to-noise ratio (SNR), deliberate jamming, and even spoofing that can render it unavailable, inaccurate, or even grossly misleading. 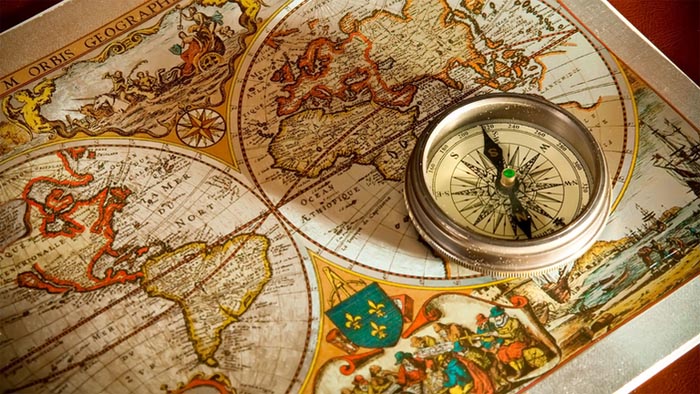 But there may be a viable backup alternative, admittedly with less accuracy – the Earth’s magnetic field. By using magnetometers to sense this field, as well as accurate maps of the field’s anomalies and variations (and there are many), in addition to machine learning (ML), it may be practical to extract useful data position and navigation data, even though it’s affected by noise and numerous dynamic local and wide-range distortions.

Despite these challenges, the use of this pervasive magnetic field (primarily for flight navigation) is attractive as it’s obviously available, worldwide, and nearly impossible to deliberately jam or distort, especially at a distance. While alternative position, navigation, and timing solutions (APNT) such as cameras and computer vision, star tracking, or terrain-following navigation solutions are available, they’re limited by the visual environment, weather, and the lack of topography over water. In contrast, a magnetic navigation system collects the available magnetic-field data using magnetometers, then creates and matches magnetic anomaly maps to determine the current location.

The project, which began as a theoretical effort with collaboration between the Massachusetts Institute of Technology (MIT), MIT Lincoln Laboratory, and the Air Force Institute of Technology (Dayton, Ohio), has been underway for several years. It has recently been supplemented by extensive flight tests to create better magnetic-field maps and data capture.

The lead researcher in the project, Air Force Major and Professor Aaron Canciani, acknowledges that GPS offers far greater accuracy, but notes that in many cases, the extra accuracy isn’t as important as availability and accessibility. In general, mobile GPS has accuracy on the order of one meter or less, while the magnetic navigation (MAGNAV) approach is potentially accurate to about one kilometer. However, he says that a significant percentage of missions actually don’t require GPS-class accuracy.

Magnetic anomaly navigation uses scalar magnetometer as sensors to measure differences in magnetic fields. Comparing these measurements with magnetic-field maps can provide information resulting in position determination. Performance depends on the accuracy of the maps of the Earth’s field and anomalies – and many such maps exist, with widely varying quality and precision – which have been measured and compiled over the years (Fig. 1).

These maps show the highly local field variations due to differences in the Earth’s outer crust and under-crust layers as well as deeper causes (literally) from flows of conducting material within the Earth. The anomalies not only change due to geological shifts, but they even have daily and other cyclic shifts for a variety of reasons.

Professor Canciani’s 2016 Ph.D. thesis “Absolute Positioning Using the Earth's Magnetic Anomaly Field” (Ref. 1) established a context for the project. This very readable and intense 265-page thesis begins as an insightful tutorial and established a framework for how sophisticated algorithms can, in principle, be used to extract useful results and, as a result, navigation information from the corrupted, continually changing magnetic-field anomaly signals.

The paper is very clear about the numerous subtle and complex factors that affect this map as well as the integrity of collected data, and the ways these factors can be assessed and understood. He has also posted a clear and informative 17-slide PowerPoint overview on the subject, titled “Magnetic Navigation,” (Ref. 2) which is a very useful introduction. (Note that the Earth’s core field – the one that most people recognize, which causes a compass to point north – has very little spatial variation and thus isn’t suitable for absolute positioning.)

Geophysicists and industry have been making magnetic-anomaly maps for decades to study the Earth's subsurface. These maps give valuable insight into the locations and types of minerals buried underground and are used commonly in industry to discover resources such as oil and diamonds.

The baseline is the World Digital Magnetic Anomaly Map (WDMAM), a global three-arc-minute resolution grid of the anomaly of the magnetic intensity, at an altitude of 5 km above mean sea level (Ref. 3). This map was compiled from satellite, marine, aeromagnetic, and ground magnetic surveys, and is formally updated every five years.

The WDMAM is created by differencing the measured magnetic intensity from a reference field; the most commonly used reference field is the International Geomagnetic Reference Field (IGRF). Most of these magnetic intensity surveys are done with optically pumped cesium-based split-beam scalar magnetometers that have an absolute accuracy of between one and three nanoteslas.

One of the project tests involved flights and data collection using a specialized small aircraft from Sander Geophysics Limited (Ref. 4) – a worldwide geophysical surveying company (Fig. 2). It’s equipped with multiple magnetometers, plus GPS and an inertial navigation system (INS) for precision three-dimensional position tagging associated with the acquired magnetic data. One scalar magnetometer was positioned on an external tail “stinger” to collect magnetic measurements with minimal aircraft magnetic-field noise. The remaining four scalar magnetometers, as well as the three vector fluxgate magnetometers, were placed inside the cabin of the aircraft. The anomaly-based variations to be measured are on the order of just a few nanoteslas.

Flight data was collected over many carefully defined patterns and altitudes, but that’s just a part of the project (Fig. 3). To create an accurate map, a very large list of basic and advanced corrections and compensations is needed to adjust the raw data for measurement-zone fringing, flight height differences, aircraft-induced distortions, and numerous other factors.

It would be nice to say the tests were successful and proved the viability of the MAGNAV concept, but that’s the simplistic view. The paper has dozens of graphs and tables analyzing the data from multiple perspectives, and this isn’t a pass/fail subject.

The Earth’s core field has values ranging from 25 to 65 microtesla at the surface of the earth (about 100 times weaker than a refrigerator magnet), while the magnetic anomaly field of interest typically varies by just hundreds of nanotesla, making it about 100 times weaker than the core field. The process of extracting meaningful anomaly data is somewhat analogous to determining a minuscule, random-like signal about which some general characteristics are roughly known, but it’s obscured by much larger and also somewhat varying dc-like baseline – a classic high-end problem in signal estimation theory.

To further analyze the voluminous data and reduce it to meaningful results, the core project team recently posted a 21-page paper defining a “challenge problem” to be worked by the team as well as outsiders. The paper, ”Signal Enhancement for Magnetic Navigation Challenge Problem,” (Ref. 5) clarifies the many issues and establishes objectives for this challenge problem for filtering the noisy, nonlinear, distorted data and applying numerous adjustments. The result would decouple the Earth and aircraft magnetic signals and in turn derive a clean, corrected signal that could be used to perform magnetic navigation.

Baseline testing on the dataset shows that the Earth’s magnetic-field anomalies can be extracted from the total magnetic field using machine learning (ML) and a trained neural network. However, there’s much more work remaining, including additional flight tests over different regions to attempt to demonstrate the feasibility of this navigation approach.

Will MAGNAV become a viable alternative or backup to GPS? It’s obviously not clear at this time. Nonetheless, there’s some historical irony here, as the magnetic compass was among the earliest navigational tools. The possibility of using precision magnetometer measurements of anomalies in the Earth’s field along with detailed maps could, in some ways, be considered a highly sophisticated extension of the compass, but by many orders of magnitude.