This is the page for the MakerBot watch. It's a portable and fashionable arduino environment that you can take with you. It also tells the time. 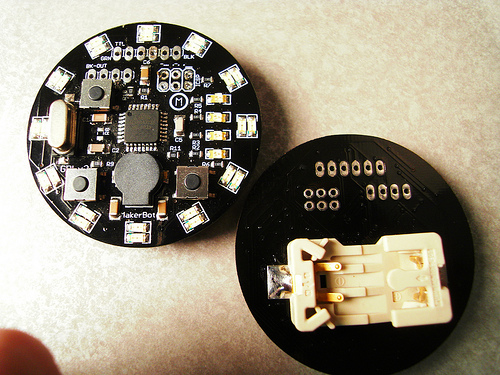 You will need a serial ttl cable and usbtiny programmer.

Here's the makerbot watch part list, and here's the schematic for users without a copy of Eagle.

Besides having it work on a watch, there are a number of other possibilities because it's an arduino on your wrist!

I'm looking into the possibility of lasercutting or makerbotting the watch case. 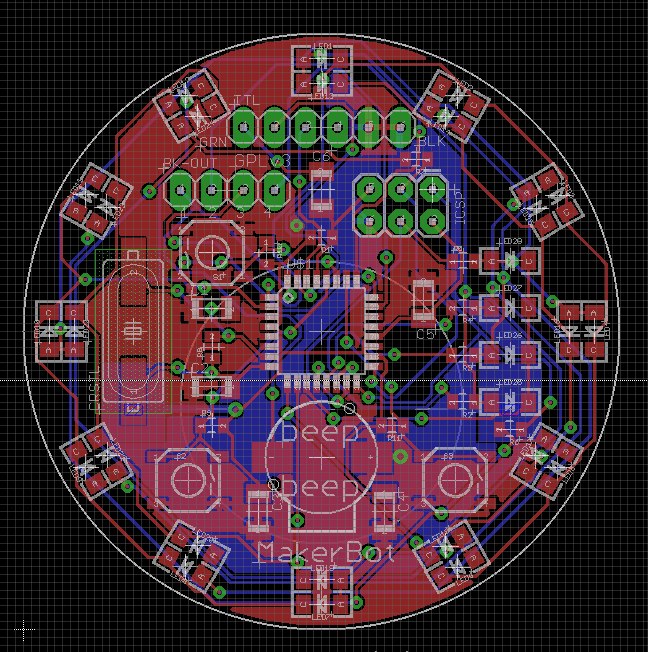 A new revision, whose idea originated on the MakerBot Watch google group, has been designed. Prototypes are being built at this time.
This new revision implements the following changes:

Here is a render of the new board: 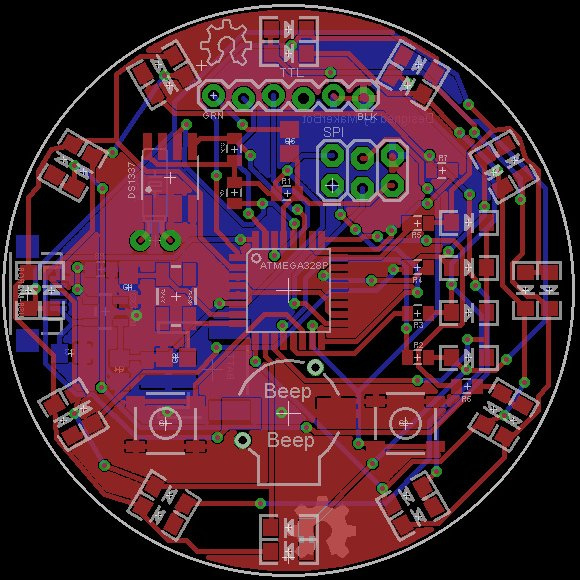 3D render of the boards have also been made.
Here is what the top of the board might look like: 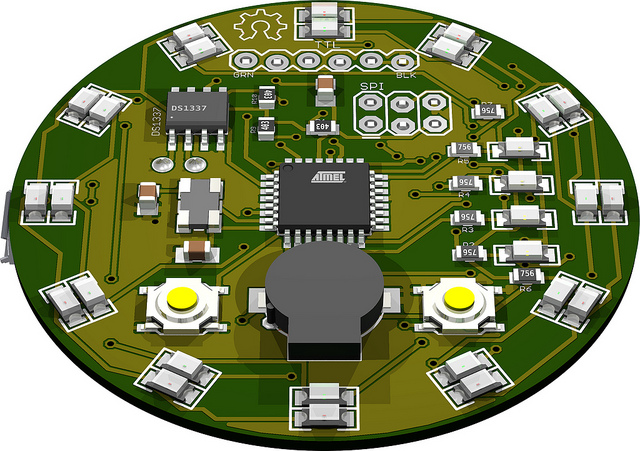 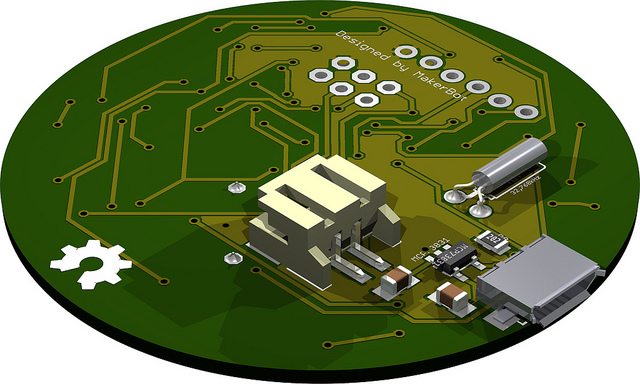 In order to make this work you have to change a text file in the arduino environment. This is because this arduino has a crystal and is basically a regular arduino except that it is running at 3 Volts and the brownout circuit turns things off at 2.8 volts which is not good. This also lets you select your MakerBot Watch from the board choices. Adam figured this out because at this point he's ripped most of the guts out of arduino on the MakerBot project.