ArticlesRobots
DARPA to the robotics …

DARPA to the robotics community: the challenge is on

The U.S. Defense Advanced Research Projects Agency is announcing a bold new program aiming to advance robotics technology for disaster response. The DARPA Robotics Challenge is offering tens of million of dollars in funding to teams from anywhere in the world to build robots capable of performing complex mobility and manipulation tasks such as walking over rubble and operating power tools. It all will culminate with an audacious competition with robots driving trucks, breaking through walls, and attempting to perform repairs in a simulated industrial-disaster setting. The winner takes all: a $2 million cash prize.

DARPA says there’s a pressing need to improve robots that can help in natural or man-made disasters. Rather than specialized robotic systems designed for operating in particular situations, the goal of the new program is to develop robots capable of navigating human environments and relying on tools and vehicles designed for people.

“It’s all about adaptability – what’s the most adaptable system that can be used during that first day or two of the disaster when you have a chance to reduce the scope of the disaster by taking action,” Dr. Gill Pratt, the DARPA program manager who’s organizing the challenge, told IEEE Spectrum. "That’s what the challenge is about." (Read our full interview with Pratt.)

DARPA specifically mentions the Fukushima Dai-ichi nuclear accident as an example of a disaster that would have benefited from more capable robots. In fact, the scenario DARPA is planning for the final competition closely resembles the dramatic events that unfolded in the first 24 hours at Fukushima, when human workers attempted but ultimately failed to fix one of the crippled reactors. 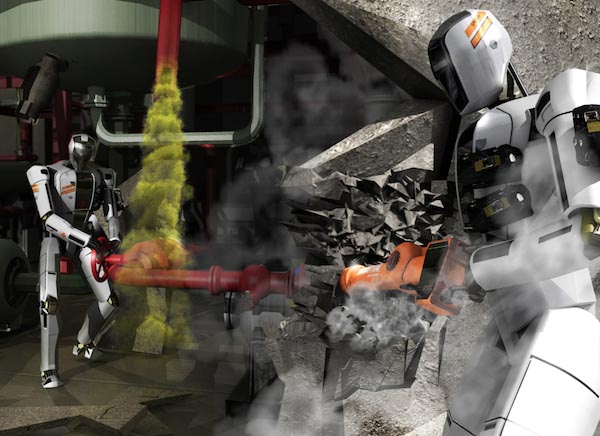 Asked if the tasks planned for the challenge – which include using an impact hammer to break through a wall, locating a leaking pipe, and replacing a cooling pump – are a bit too hard, Pratt said "no." "We think that it’s actually ‘DARPA hard,’ but not an impossible thing to do," he said. "It’s a goal that has a lot of risk, but a lot of reward as well, and that’s really the theme of what DARPA tries to do."
DARPA’s previous challenges focused on autonomous vehicles. The competitions are DARPA's way of spurring innovation by setting up contests that require substantial technological development in a specific field. DARPA wins because it gets lots of very smart people all working at solving a problem, and the rest of us win because these challenges manage to generate tons of progress in a very short amount of time.

The new program seeks to develop not only robotics hardware but also open-source simulation software. Pratt says DARPA is putting a lot of resources into creating a simulator that he hopes will become a “transformational tool” in the field of robotics, promoting innovation and helping to lower the barrier for companies to enter the robotics market. To develop the simulator, he wants to attract not just robotics researchers but also contributors with diverse backgrounds in areas such as computer graphics and video games, adding that there will be financial incentives for various levels of contribution. 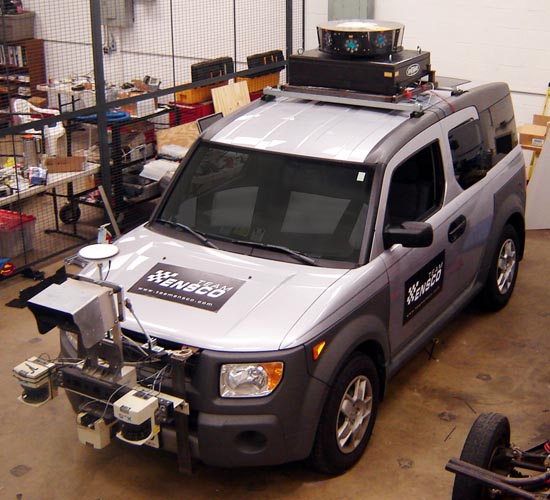 IEEE Spectrum got an early look at the Broad Agency Announcement, known as BAA, the solicitation document that DARPA is making public today. Here are the most relevant bits:

Now, the part everyone is curious about: the challenge itself. DARPA says robots will compete with each other performing disaster response operations in a scenario that will likely include the following sequence of events: 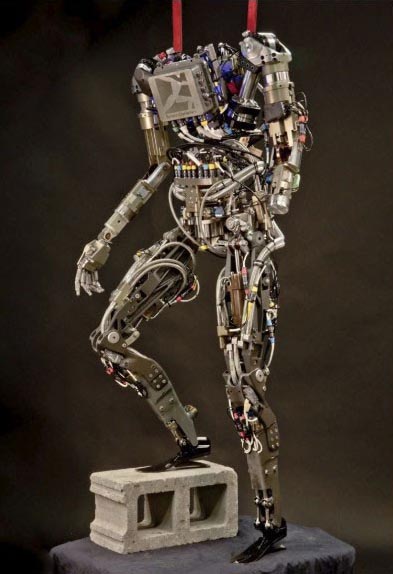 DARPA says these are representative tasks and it “will adjust the difficulty of the scenario as the program progresses, depending on capabilities demonstrated and practical considerations.” The scoring criteria and competition rules have not yet been defined. However, DARPA says that robots that perform more autonomously and consume less energy will score higher.

Last week, details of the new challenge started leaking, appearing on robotics blog Hizook and other sites. But DARPA says the early reports contained errors. In particular, those reports characterized the new program as a humanoids effort, but DARPA says that, although humanoid robots will likely be a big part of the program, the robots don’t have to be humanlike machines. If a team thinks that a giant arachnid robot could perform well, they can enter the competition with that design. 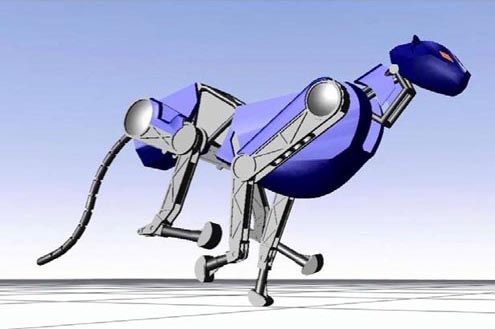 What’s more, the early reports incorrectly asserted that, because the challenge seems so difficult, teams were not expected to succeed the first time around. This is not the case, Pratt said. “The challenge will be adjusted as we gain experience with the teams over this first phase,” he said. “What we’re going to make sure is that the live challenge is difficult but not impossible.”

But the most exciting thing about this new challenge isn't the challenge itself. It's what the challenge is going to do for robotics. If you look at what happened to autonomous vehicles after the DARPA Grand and Urban challenges for vehicles, well, we have autonomous vehicles now. Google's got piles of them. This is not to say that DARPA gets all the credit for making this happen, but their challenges did prompt (or at least provide an excuse for) massive amounts of focused research that has already paid off with consumer automotive tech that makes driving safer for everyone.

"Some day, not too far from now, we’ll just get into our cars and sit and talk to the person who’s next to us and not worry about how to drive," Pratt said. "And that would be an amazingly great thing. I expect the same sort of thing will happen with the new challenge we're launching."