What's the Difference Between Raspberry Pis?

The progression of Raspberry Pi has seen jumps in performance and overall capabilities with every iteration. What specifically differentiates them all, though? 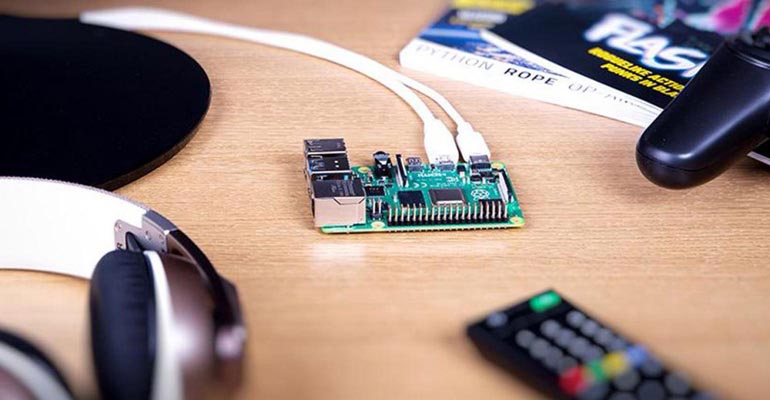 Raspberry Pi 4 (Fig. 1) has hit the streets. But what’s the difference between it and its forebearers? The family is built around a compact form factor that has remained relatively consistent over time even as more powerful processors are used and higher-speed interfaces are included. They tend to match the state of the art for compact modules, including the addition of wireless support in the Raspberry Pi 3. All are built around Broadcom Arm-based SoCs. The challenge has been keeping the price point at $35.

The Table 1 summarizes the changes in the Raspberry Pi family – it doesn’t include the Raspberry Pi Zero series that eliminates Ethernet and provides minimal memory support. There’s also a Pi Compute series of modules that provide the same processor chips and interfaces in a DIMM form factor. Likewise, there have been variants like the Raspberry Pi 2 Model B and the Raspberry Pi Model 3 A+.

The Raspberry Pi has grown considerably in performance and capabilities. The original 32-bit, single-core ARM11 was bested by a factor of six with the quad-core Arm Cortex-A7. The jump to a 64-bit platform occurred in the Raspberry Pi 3 with its Arm Cortex-A53. The latest incarnation features Arm Cortex-A72 cores.

The bump in RAM up to 4 GB in the Raspberry Pi 4 is probably the most significant change. The challenge in design tends to be pricing; smaller versions are available since many applications aren’t that memory hungry.

The GPU on the Broadcom SoC has been the Videocore IV – not anymore with the Raspberry Pi 4, though, which uses a Videocore VI. This allows support for up to two 4K monitors via two micro-HDMI connectors. All platforms have a 15-pin MIPI CSI camera interface.

The switch to USB 3.0 support and the use of the USB Type-C connector was greatly appreciated. Many new USB 3D cameras like Intel’s RealSense require USB 3.0 performance. The Type-C power-management system is also more robust.

The Raspberry Pi 4 supports Arm’s TrustZone; the Broadcom SoC supports features like secure boot, but the Raspberry Pi family does not. This is more about implementation than capability. A separate secure element is required to provide a root-of-trust. A Raspberry Pi was hacked in a NASA facility, but this was more of an issue with the Linux configuration rather than the need for secure-boot support.

There will likely be a Raspberry Pi 5 in the future. For now, however, the Raspberry Pi 4 dominates. It’s available in the module form factor as well as the smaller Raspberry Pi 4 Zero and compute module. Though the 4-GB RAM version is a bit pricier at $55, it’s well worth the money for applications that require more memory. There’s also the fact that DDR4 is faster and more efficient than the DDR2 used in prior incarnations.