AM Radio Still Alive and Well

Although the heyday of AM radio has passed, it remains an integral part of many lives as a means of communication in third-world countries, or simply tuning in for local news and weather.

Amplitude modulation (AM) is by far the oldest form of modulation known. The first broadcast stations were AM, but even earlier, CW or continuous-wave signals with Morse code were a form of AM. They’re what we call on-off keying (OOK) or amplitude-shift keying (ASK) today. 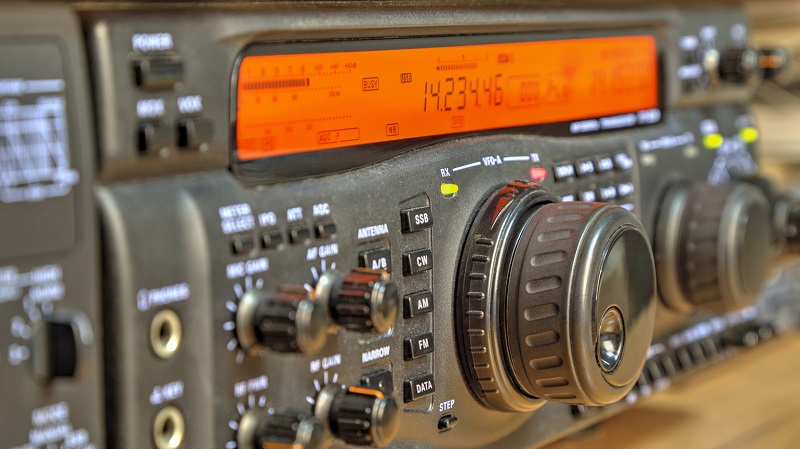 Even though AM is the first and oldest, it’s still around in more forms than you might think. AM is simple, low cost, and amazingly effective. Even though the demand for high-speed data has driven us toward orthogonal frequency-division multiplexing (OFDM) as the most spectrally efficient modulation scheme, AM is still involved in the form of quadrature amplitude modulation (QAM).

What made me think of AM? During the big winter storm of two months or so ago, I got most of my weather and emergency information from the local AM stations. Mainly from WOAI, the 50-kW station that’s been around for ages. I doubt they were still cranking out 50 kW during the power outage, but they were on the air during the whole weather event. Many if not most AM stations were up and running on backup power. Reliable and comforting.

There are over 6,000 AM stations in the U.S. today. And they still have a huge audience of listeners, typically locals who seek out the latest weather, traffic, and news information. Most still listen in their cars or trucks. There’s a wide range of talk radio shows and you can still hear a baseball or football game on AM. Music options have diminished, as they have mostly moved to FM. Yet, there are some country and Tejano music stations on AM. It all depends on the local audience, which is quite varied.

AM radio broadcasts in 10-kHz wide channels between 530 and 1710 kHz. All stations use towers, so polarization is vertical. During the day, propagation is mainly ground wave with a range of about 100 miles. For the most part, it depends on the power level, usually 5 kW or 1 kW. Not too many 50-kW stations exist, but their range is obviously farther.

At night, of course, the propagation changes as the ionized layers change and make signals travel farther thanks to their ability to be refracted by the upper ion layers to produce multiple signal hops at distances to a thousand miles or more. If you have a good AM radio and a long antenna you can listen to stations all over the country at night.

Any Good AM Radios Out There?

And by the way, where do you get a good AM radio these days? Most contemporary designs are poor. Someone told me a while back that he lost the recipe for making a good AM radio years ago. A few good AM radios can be had from Eton and CCCrane. Anyway, AM DXing, or listening for distant AM stations, is still a popular hobby.

AM is also the main modulation of short-wave radio, which you can hear worldwide from 5 to 30 MHz. It’s still one of the main sources of information for many third-world countries. Short-wave listening also remains a popular hobby.

Besides broadcasting, where is AM still used? Ham radio still utilizes AM; not in the original high-level form, but as single sideband (SSB). SSB is AM with a suppressed carrier and one sideband filtered out, leaving a narrow 2,800-Hz channel of voice. It’s widely used and highly effective, especially in the ham bands from 3 to 30 MHz. The military and some marine radios continue to use some form of SSB, too.

But wait, that’s not all. AM still can be found in Citizen’s Band radios. Plain-old AM remains in the mix, as does SSB. Moreover, AM is the main modulation of aircraft radio used between planes and the tower. These radios operate in the 118- to 135-MHz band. Why AM? I’ve never figured that out, but it works fine.

Finally, AM is still with us in QAM form, the combination of phase and amplitude modulation. Most OFDM channels use one form of QAM to get the higher data rates they can deliver.

Anyway, AM isn’t dead yet, and in fact it seems to be Aging Majestically.