Tiny sticks that you can plug into a TV to run Android apps on a big screen are a dime a dozen these days. What’s a bit tougher to find is a model with 2GB of RAM. 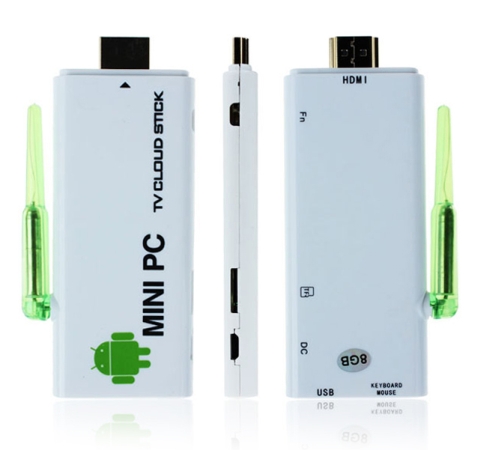 Like other Android mini PCs, the CX-803 II has USB ports and an HDMI connector. Plug it into your TV and you’ve suddenly got yourself a smart TV that you can use to stream internet video from YouTube or Netflix, surf the web, or play games.

You’ll also want to plug in a keyboard, mouse, game controller, or remote control though.

Since this model has an RK3066 processor, it should also be able to run PicUntu, a version of Ubuntu Linux optimized to run on Android systems with that chip.

The CX-803 II features ARM Mali 400 quad-core graphics, 8GB of built-in storage, and a microSD card slot for extra storage space. It has 802.11n WiFi and an external antenna which should help with wireless reception — something many other Android mini computers struggle with.