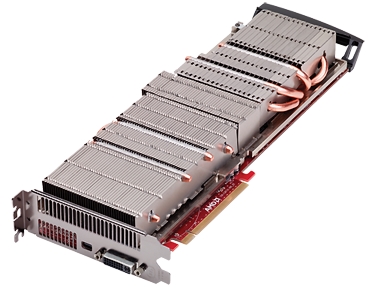 The AMD FirePro S10000 12GB Edition graphics card is a compelling solution for a variety of scenarios:

The current AMD FirePro™ S10000 graphics solution with 6GB of GDDR5 memory has received great acclaim. For example, the University of Frankfurt's Institution of Advanced Studies use of the card with the SANAM supercomputer ranks in the top five on the Green500™ List as one of the most powerful and energy-efficient supercomputers powered by graphics processors.

The AMD FirePro™ S10000 with 6GB of memory is currently available for purchase while the AMD FirePro S10000 12GB Edition graphics card is slated for availability in Spring 2014.