The U.S. Defense Advanced Research Projects Agency’s (DARPA) Vulture program, which aims to develop and demonstrate technology to enable a single high-altitude unmanned airplane (UAV) to operate continuously for a period of five years, has entered phase II. Under the terms of an US$89 million contract, Boeing will develop a full-scale demonstrator called the SolarEagle that will make its first demonstration flight in 2014. The aircraft will have highly efficient electric motors and propellers and a high-aspect-ratio, 400-foot wing for increased solar power and aerodynamic performance.

"SolarEagle is a uniquely configured, large unmanned aircraft designed to eventually remain on station at stratospheric altitudes for at least five years," said Pat O'Neil, Boeing Phantom Works program manager for Vulture II. "That's a daunting task, but Boeing has a highly reliable solar-electric design that will meet the challenge in order to perform persistent communications, intelligence, surveillance and reconnaissance missions from altitudes above 60,000 feet."

Under the Vulture II agreement, Boeing’s Phantom Works division will develop a full-scale flight demonstrator, including maturation of the critical power system and structures technologies. Key suppliers for the program include Versa Power Systems and QinetiQ, who will draw on experience taken from building its own solar-powered aircraft, the Zephyr.

During testing, the SolarEagle demonstrator will remain in the upper atmosphere for 30 days, harvesting solar energy during the day that will be stored in fuel cells and used to provide power through the night. 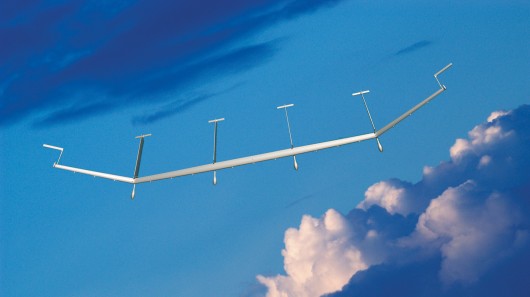 The desire to develop an aircraft that can stay aloft for extended periods to act as a pseudo-satellite for intelligence, surveillance, reconnaissance and communication applications has seen a number of solar-powered aircraft hitting the runways in recent years. The Solar Impulse recently flew through the night passing another milestone on its way to an attempt to fly around the world non-stop in 2012. Meanwhile, QinetiQ is currently awaiting ratification for three world records, including the absolute flight duration record for a UAV of 336 hrs 22 minutes, for its Zephyr.

But solar power isn’t the only energy source being looked at to keep aircraft in the skies for extended periods. Boeing’s Phantom Works division is also working on a hydrogen-powered demonstrator called the Phantom Eye, a High Altitude Long Endurance (HALE) aircraft designed to stay aloft for up to four days.