Much solar and wind power are generated far away from the real consumers. It’s a great problem to transport the generated power to its genuine users because vast amount of wind and solar resources are located in remote areas. Legislatures are paying attention to the time-consuming and somewhat costly process of building and upgrading transmission lines so that clean energy can be accessible by the consumers in populated areas. The Texas Legislature in 2005 directed the PUC to identify the most productive wind zones in the states and devise a plan to move power generated from these zones to the most populated areas in Texas. 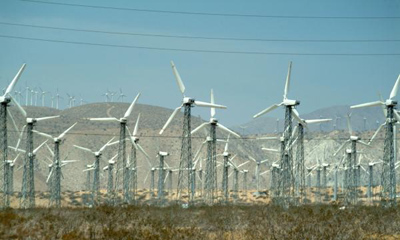 Texas is the largest producer of wind energy in the USA producing about 5,000 megawatts and the Public Utility Officials have given a green signal to building billions of dollars worth of transmission lines that can transport clean electricity from West Texas to urban areas. This $ 4.93 billion plan will help in transporting an estimated 18,456 megawatts of renewable electricity using power lines to cities like San Antonio, Austin, Dallas and Houston. The experts claim that it’s the biggest investment in clean and non conventional energy in USA and 18,000 megawatts of renewable energy is enough to power more than 4 million Texas homes. The plan still needs to receive final approval later this year from the PUC.

People in favor of this plan are confident that the latest move will give a positive push to wind energy projects, generate more jobs, reduce energy costs and lessen down the pollution level. Electricity consumers will have to pay extra $4 in their electricity bill for the next six or seven years for this project. The project will be completed within four to five years.