Tobii has announced its new system for Windows 8, the Tobii Gaze interface for Microsoft’s upcoming OS, intended to allow users to navigate their PCs, notebooks and tablets by looking at them. Tobii Gaze combines eye-tracking and the touchpad for Metro UI control, allowing you to track around the interface with your eyes while doing fine-control and activating other commands using the trackpad. 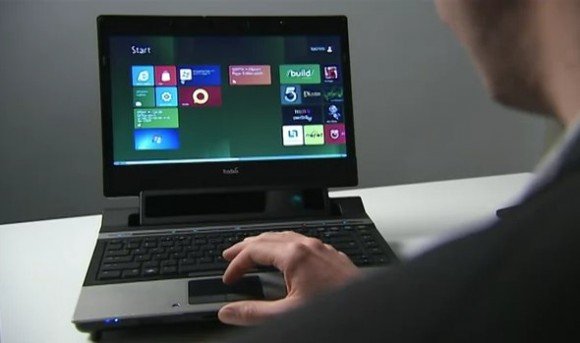 The combination, the company reckons, is a better fit than a touchscreen-enabled display, as it means your fingers and hands aren’t in the way during fine manipulation.

The Tobii Gaze interface for Windows 8 will get a proper demo at CES next week, and the company has high hopes for adoption of the technology. What we’re still unclear on is exactly how much integrating it will add to the cost of the average PC: after all, Tobii’s PCEye USB gaze-tracking bar is a hefty $7,000. If the company can figure out a way to use the integrated webcam in most displays instead, that would likely be far more affordable.