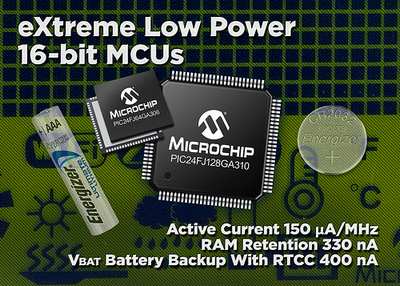 Designers often want to create applications where the battery life approaches the end product’s useful life. With its run currents of 150 microamperes/MHz, numerous low-power modes, and a low-power sleep mode with RAM retention down to 330 nA, the PIC24F “GA3” MCUs enable maximum battery life by reducing the overall amount of power that the application consumes. To allow the application’s Real-Time Clock to continue running when primary power is removed, a VBAT pin can be used to supply back-up power with only 400 nA. Additionally, the transition from VDD to the VBAT supply pin occurs automatically as VDD is removed. The integrated LCD display driver provides the ability to directly drive up to 480 segments, with an eight-common-drive capability, enabling more informative and flexible displays that include descriptive icons and scrolling. The MCUs also include a Charge Time Measurement Unit (CTMU) with a constant current source that can be used for mTouch capacitive sensing, ultrasonic flow measurement and many other sensors. The on-chip, 12-bit ADC features threshold detection and works in conjunction with the CTMU to perform proximity sensing while in sleep, to further reduce power consumption. 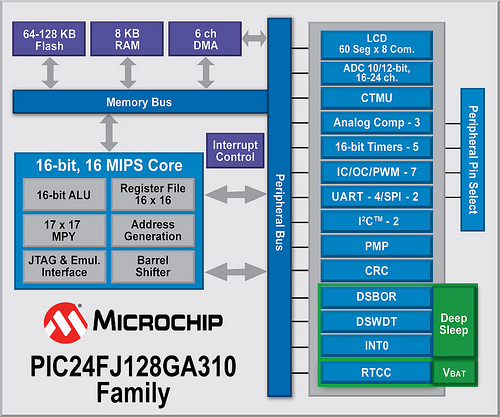 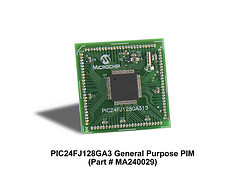 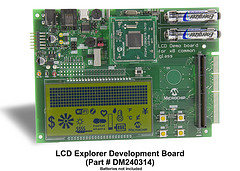