Nearly 235 million electronics devices with wireless charging capability are projected to ship in 2014, a 65-fold increase from the 3.6 million expected to ship this year, according to a forecast by market research firm iSuppli Corp. 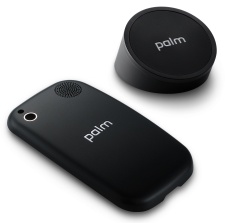 ISuppli predicts that a flood of electronic products with wireless charging capability will hit the market in coming years, giving users a break from the myriad of tangled cords used to repower electronic gadgets like mobile phones, notebook PCs, digital cameras and others. 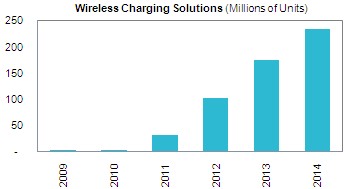 "While a number of serious challenges continue to present barriers to immediate wide adoption, wireless chargers will start shipping in meaningful volume this year and then quickly ramp up as the devices achieve greater market acceptance," said Tina Teng, senior analyst for wireless research at iSuppli, in a statement.

Among the challenges that need to be overcome, Teng stressed that manufacturers need to consider how to integrate wireless charging into the design of printed circuit boards. Significant adoption of wireless charging technology will be needed to drive down costs, she said.

Teng predicted that wireless charging devices would over the next five years find their way into an increasing number of applications, particularly in mobile phones.

Of the four current wireless charging technologies in place today, magnetic inductive is the most widely adopted, according to iSuppli. Based on the principle of electromagnetic induction, in which current generated from the induced magnetic field in the receiver coil is used to charge devices, the technology enjoys wide support from semiconductor vendors, device manufacturers, accessories makers as well as retailers, according to the firm.

The most successful proponent of magnetic induction is Powermat Inc., a Michigan-based company founded in 2009 that also owned 62 percent share of the wireless charging market in 2009, according to iSuppli.

ISuppli also predicts growth for aftermarket wireless charging, with revenue rising at a massive five-year compound annual growth rate of 133.4 percent, according to the firm.