ArticlesSupply
Is "Forever Battery" a …

Is "Forever Battery" a Pipe Dream? Not for Long, Says Atmosic

Semiconductor supplier Atmosic Technologies has a three-step plan for achieving a “Forever Battery.” The company is now putting it out there in the form of two newly launched Bluetooth 5 low-power chip platforms. Targeting the highly in-demand IoT industry and the 35 billion wireless connected devices that are expected to emerge in the 2020s, the California-based startup believes it can eliminate our dependence on batteries once and for all.

That said, Atmosic's plan only applies to the kinds of smaller devices that only periodically need to transfer a data signal out. This is because improving wake and sleep commands for these devices is a central part of the forever-battery solution. The second step is to keep power consumption low enough so that the as-of-yet imperfect energy harvesting technology is enough to keep the chip going, without the need for another power source.

Together, the triple whammy of “lowest power” radio, on-demand wake up, and controlled energy harvesting are aiming to make the dream of 35 billion no-maintenance IoT devices a reality. Atmosic is releasing two versions of these Bluetooth platforms – the M2 and M3 series.

“Starting from a clean slate, the Atmosic team has rebuilt every circuit block of the radio to dramatically reduce its power consumption, while maintaining full compliance to the Bluetooth 5 standard,” writes Atmosic CEO David Su. “Our team has also created system-level advancements to further extend battery life. Combining circuit-level and system-level innovations, we can reduce the power consumption to such a low level that energy harvesting is a genuinely viable power source, enabling low-duty cycle, low-power applications to have forever battery life or be battery free.” 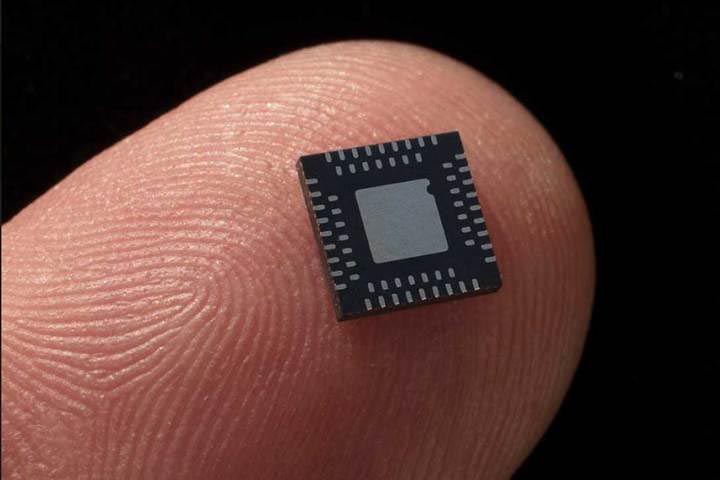 Although the term “Forever Battery” sounds impressive, in reality, what Atmosic is delivering now is a wireless platform that can increase battery life by 10 to 100 times longer. Not bad, for a startup that is entering a field with plenty of competition. But Su has stated that the company’s mission of “doing away with batteries altogether” will help Atmosic stand out.