Data can now be transmitted 1,000 times faster than Bluetooth 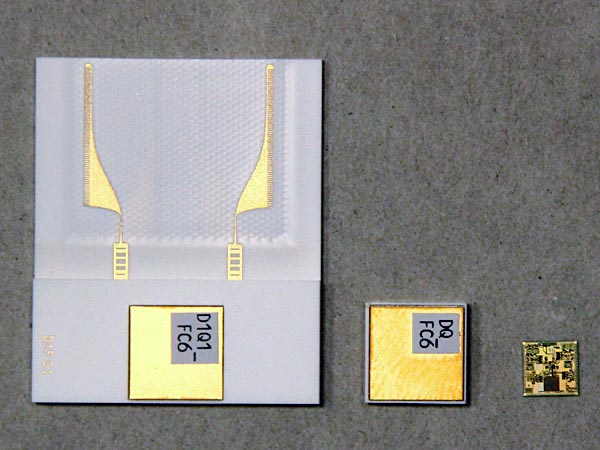 The chipset employs wireless millimetre-wave (mm-wave) technology to transmit large packets of information while consuming little power. This enables low-power applications, like smart phones and tablets, to transmit/receive data between platforms, like projectors and TVs, without the need for cables for the very first time.

Named the VIRTUS chipset, it consists of three components: an antenna, a full radio-frequency transceiver (developed by NTU) and a baseband processor (developed by I2R). The antenna is connected to the transceiver, which filters and amplifies the signals. It then passes the signals to the baseband processor, which comprises non-linear analog signal processing and unique digital parallel processing and decoder architecture – key to lower power consumption. 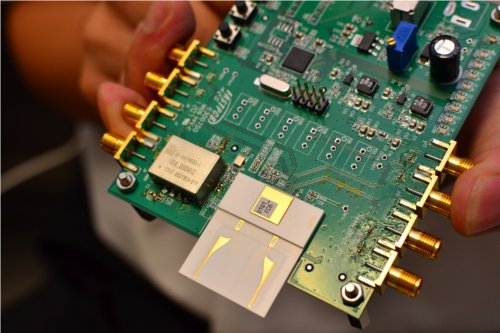 The team of scientists from NTU and I2R is the first in the world to successfully put together an integrated low-power 60 Gigahertz (GHz) chipset solution consisting of the three components, making it one step closer to commercialisation. It is also the first team to demonstrate one of the technology’s applications – in the form of a high-definition wireless video stream.

The VIRTUS chipset has garnered 16 international patents. It has also been featured in 51 top-tier international journal and conference papers, on top of its other international accolades such as two best paper awards and two best chip design awards.