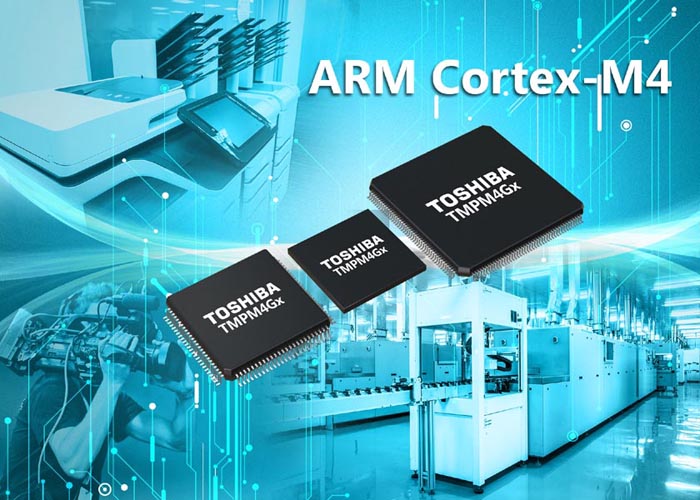 The M4G Group is based on the ARM Cortex-M4 core with a floating-point unit (FPU). It incorporates high-performance analog circuits, a wide range of timers and communication channels, and is available in a variety of packages, from 100 to 177 pins, with onboard flash memory ranging from 512 kB to 1536 kB alongside up to 194 kB of RAM and 32 kB of data FLASH that can be rewritten up to 100,000 times. Operating frequency is up to 160 MHz and the microcontrollers have an operating temperature range of –40 °C to +85 °C.

In addition to high-precision analog circuits that include a 12-bit AD converter (up to 24 channels) with a 1.0 μs conversion speed, and an 8-bit DA converter (2 channels), the M4G Group incorporates two DMA controllers; a high-speed DMA controller and a multi-function DMA controller. Both realize low power consumption and advanced functions, while incorporating highly versatile peripheral circuits, such as serial memory interface (SMIF), UART, I2C, TSPI, timers, and support for large-scale systems.

The AD converter allows selection of two sampling periods with arbitrary channels, contributing to a reduction of impedance adjustment components in large-scale systems that require multiple sensors. A built-in interlinking function for timers, UART, and TSPI, and an interval sensor detection circuit (ISD), contribute to reduced loads in software processing.

The products will begin mass production throughout the next six months.

Toshiba plans to release groups of microcontrollers for communication control in high-speed data processing, and devices equipped with high-precision analog circuits for control of low- to medium-speed motors. The company continues to expand the TXZ family to meet the needs of the motor control and global sensing market.