FocusWill introduced the latest Android-powered computer CoolShip. But this one is unlike other Android units. It’s not in a USB stick, but in a keyboard with most of the connectivity of a standard desktop or notebook computer. It is like the Commodore 64/128, but less bulky. And aside from Android 4.0, there is a customized Android operating system appropriately named CoolShip OS that has a Windows-like UI. The CoolShip is one of the most power efficient computers with a power consumption of less than 10.5 Watts, which is one fifteenth of a traditional desktop PC. 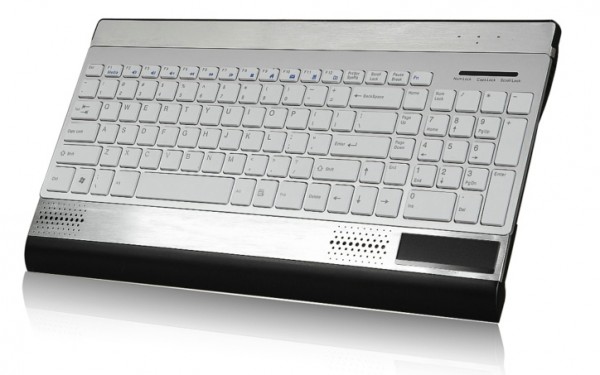 This all-in-keyboard computer is powered by a Rockchip Dualcore RK3066 1.5Ghz processor, has a standard power input plus a 300mAh Li-battery that provides backup in the event of a power outage. The rest of the specs for the CoolShip are:

The CoolShip is a product of FocusWill Information Technology Co., Ltd, an outfit based in Shenzhen, China. It’s currently being crowd-funded at Indiegogo. Target date of shipping is April (2013). The base package is $89.00.