If you thought the Kinect was a brilliant step forward in 3D sensing and you were enthralled by the possibilities of hand gestures with the Leap Motion, then you might be interested in what the iMotion 3D motion controller has to offer. A small rounded rectangular device that fits onto your hand like a glove, the iMotion is composed of accelerometers, gyroscopes and three LED sensors that will communicate with any standard web cam to locate your body in 3D space. There's no special sauce to it either; as long as you have the iMotion software on your computer, you're able to use the controller with pretty much any application. However, iMotion does plan on releasing an SDK so that developers can fine-tune their app or game to enable additional features of the iMotion, such as better precision and haptic feedback. 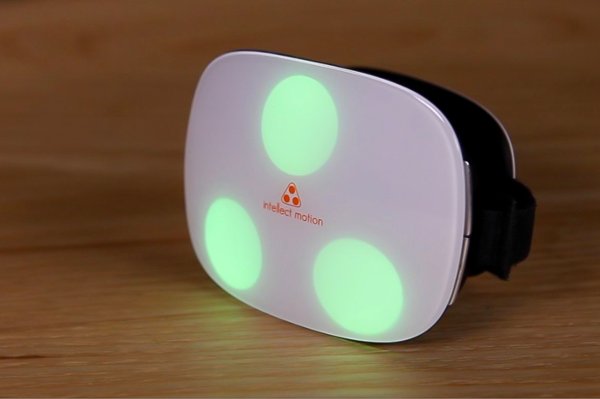 The technology was initially developed a few years ago by Intellect Motion, a company based out of Singapore, for medical purposes like sports rehabilitation. A year ago however, it started to delve into the gaming side of things and came up with the prototype device you see above. Now the company is ready to move on to the next stage, and that's to launch the device on Kickstarter and get the iMotion out to the public.

Using the iMotion to be fairly intuitive. You can move the cursor by waving your hand around. To left-click, you can simply close your fingers to cover the top LED; you can calibrate it so that only a partial covering will suffice. There are also additional buttons on the side of the iMotion that can simulate a right-click or center button. Alex Khromenkov, one of Intellect Motion's co-founders, also demonstrated the iMotion with an open source first-person shooter called Xonotic. He showed that you can move around the space by positioning your hand closer or further away from the camera. 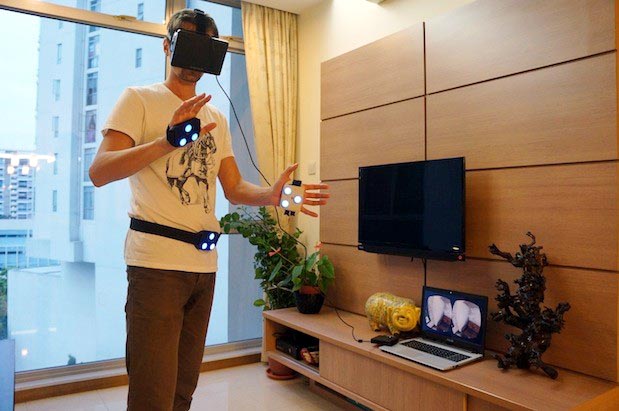 Khromenkov said that the final version will have adjustable Velcro straps. On the underside of the iMotion are four vibrating pads which are there to provide haptic feedback. As mentioned earlier though, that's only available if developers have incorporated the iMotion SDK into the app or game. They can set it so that the controller vibrates to let you know which direction you're getting shot at in an FPS. Khromenkov tells us that over 100 developers have already signed on for the SDK, so hopefully we'll see even more usage examples of the iMotion.

In order to get the iMotion into consumer's hands, the company has started a $100,000 Kickstarter campaign. The final retail price should be around $79. Anyone who buys a controller will get access to the aforementioned SDK, which will let devs create iMotion-compatible apps for the iOS, Windows or Linux.