With efficacy levels approaching 200 lm/W, the LUXEON 3535L HE Plus delivers the most reliable and efficient uniform light source for architectural troffers as well as high bay and low bay fixtures

Lumileds launches LUXEON 3535L HE Plus, the instant upgrade to the highest efficacy, in a familiar 3535 form factor. This mid power part satisfies the need for efficacy approaching 200 lm/W at the LED level and 160 lm/W or greater at the luminaire level. “In one of the industry’s most popular formats, customers are requiring the highest efficiency with all of the fantastic features delivered by our LUXEON 3535L Line,” said Matthew Everett, Senior Director of LUXEON Mid Power Products. 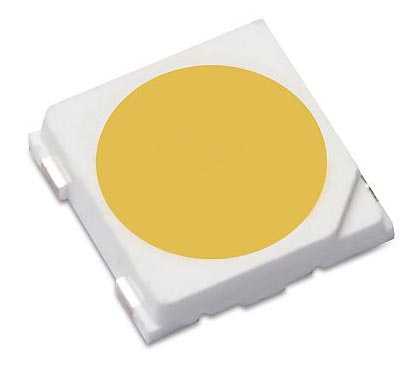 Only Lumileds has proven reliability for its mid power LEDs that rival that of high power products. For instance, LM-80 data for the LUXEON 3535L at 85˚C and 200 mA after 10,000 hours indicates the LEDs will maintain 90% of lumen output after seven years of continuous operation (projection using TM-21). In addition to outstanding lifetime performance, Everett noted a better color over angle with the LUXEON 3535L emitter versus its competitors, which enables better color consistency over the LED’s useful life.