Diodes Incorporated introduced the PI6ULS5V9511A. This I2C/SMBus buffer enables hotswappable line-cards in ‘always-on’ networks, and is available in an assortment of packages. 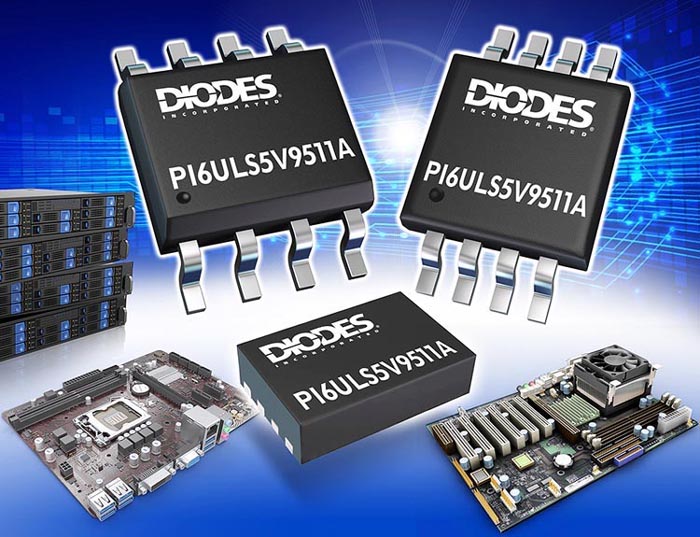 To address this, the PI6ULS5V9511A provides the protection needed to hot-swap cards that employ serial busses such as I2C and SMBus. It provides an effective bidirectional buffer between the card’s SDA and SCL signals and the system’s live busses. Integrated control circuits detect bus activity, allowing the PI6ULS5V9511A to maintain electrical isolation between the live system and the line-card until it identifies a stop command or the bus is idle, at which point it switches in the signals without causing bus contention or data disruption. This eliminates the potential for bus corruption during card insertion and removal.

Rise-time accelerators are used to meet rise-time requirements on all data pins, while pre-charge technology minimizes the current required to overcome the parasitic capacitance present on the data pins. Because the PI6ULS5V9511A provides drive capabilities it is also an effective buffer for increasing the fan-out of an I2C/SMBus port.

The PI6ULS5V9511A features an active-high READY pin which indicates to the system when connection is established, as well as an active-high ENABLE pin that can be used to isolate the two sides of the bidirectional buffer. ESD protection exceeds 4000 V HBM, as specified in the JESD22-A114 JEDEC Standard.

The PI6ULS5V9511A is available in three package options to meet the needs of developers with strict space restrictions. This includes the SO-8(W), MSOP-8(U), and the smaller UDFN-8(ZW) packages.