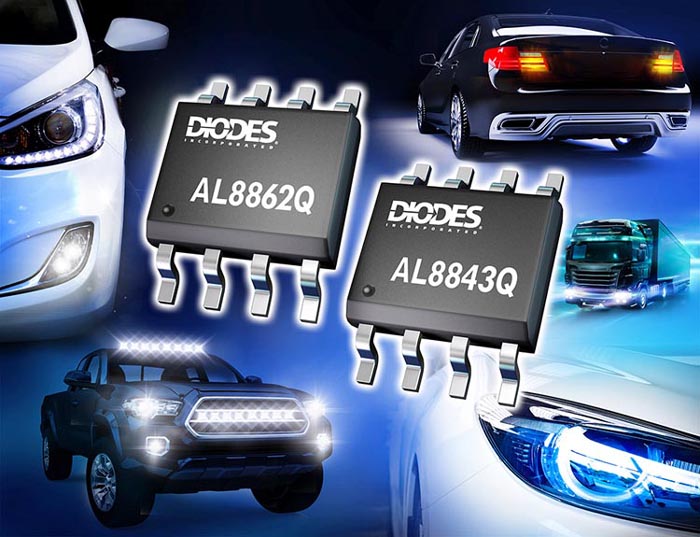 With a supply voltage from 4.5 V and to at least 40 V (AL8862Q up to 55 V), the AL8843Q and AL8862Q can withstand even severe voltage variations, such as load dumps during low cranking or stop-start operation, without suffering any corresponding degradation in the LED drive current.

Differentiating features for the AL8843Q include an input voltage range of 4.5 V to 40 V and 3 A output current, while the AL8862Q can operate at between 5 V and 55 V input voltage, delivering up to 1 A at the output. Both parts support full scale (0% to 100%) PWM dimming, controlled with either an analog input between 0.4 V and 2.5 V or a PWM signal generated by an external microcontroller or host processor. Safety features include overtemperature protection as well as LED short- and open-circuit protection. The AL8862Q incorporates an open-drain fault indication pin, which is asserted low to report faulty conditions.