EPC Doubles the Performance of its 200 V eGaN FET Family 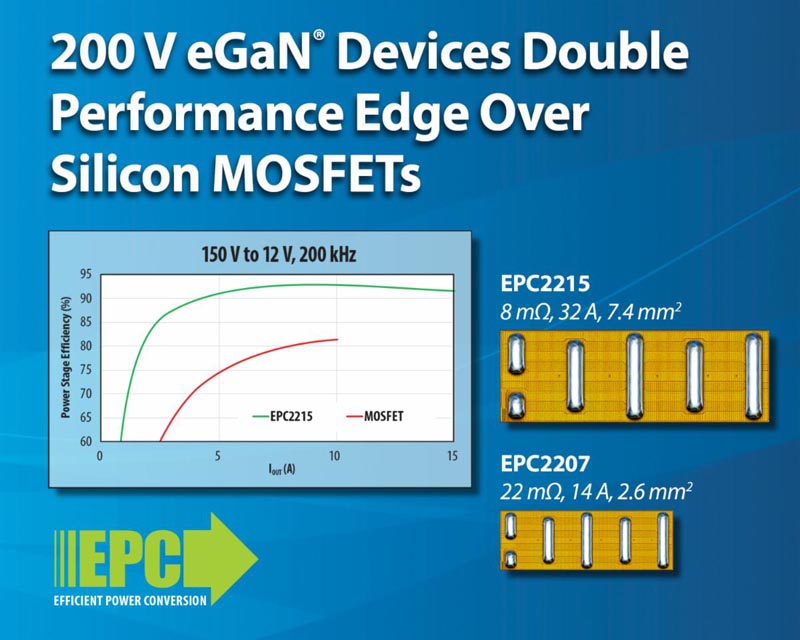 The EPC2215 (8 mΩ, 162 A pulsed) and the EPC2207 (22 mΩ, 54 A pulsed) are about half the size of the prior generation 200 V eGaN devices and double the performance. The performance advantage over a benchmark silicon device is even higher. The EPC2215 has 33% lower on-resistance, yet is 15 times smaller in size. Gate charge (QG) is ten times smaller than the silicon MOSFET benchmark with the new technology, and like all eGaN FETs, there is no reverse recovery charge (QRR) enabling lower distortion class D audio amplifiers as well as more efficient synchronous rectifiers and motor drives.

According to Alex Lidow, EPC’s co-founder and CEO, “This latest generation of eGaN FETs achieve higher performance in a smaller, more thermally efficient size, and at a comparable cost to traditional MOSFETs. The inevitable displacement of the aging power MOSFET with GaN devices is becoming clearer every day.”