Toshiba Electronics Europe has launched a dual-channel solenoid driver IC that provides a high-voltage drive with low ON resistance. 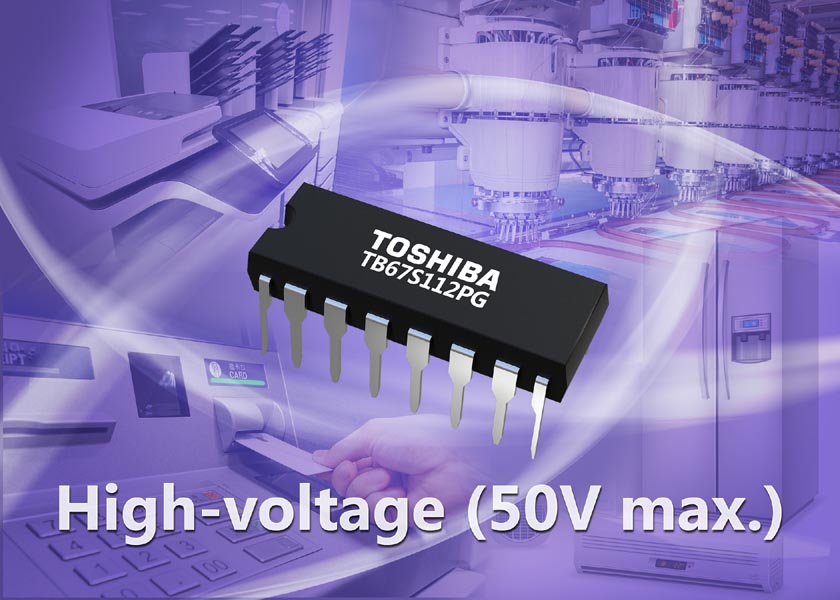 The new device incorporates two channels, each consisting of a low-side MOSFET and a regenerative common diode that can independently drive a solenoid or relay at voltages up to 50 V. A low ON resistance of only 0.3 Ω allows for a higher output voltage, resulting in higher motor torque, and reducing heat generation during motor operation. Safe operation is enabled through the provision of overcurrent detection (ISD), under voltage lockout (UVLO) detection and thermal shutdown detection (TSD), which, additionally, sets a flag to notify the system controller of a thermal shutdown event.